EP: 2.Dr. McDonnell shares advice for first-time attendees on how to enjoy AAO 2021 to the fullest

Dr. McDonnell highlights inspiring moments from the 2021 annual meeting of the American Academy of Ophthalmology, along with a look ahead to next year’s conference in Chicago.

Sheryl Stevenson: Absolutely. That's what's always been so fascinating about ophthalmology, is just the innovation and just looking at something a different way, taking an application that's been used elsewhere and giving a different spin or a different twist on it, using it in a different way. That's something that's always been very fascinating and interesting. Yeah. I guess another thing is just when you go to the academy and you come back, you feel so ... One, you're exhausted, right? But you're also re-energized, reinvigorated. You have so many different ideas and talking to colleagues and listening to all these different talks and presentations. You come back with just so many ideas charging through your head. That's something that I always find, so I just wonder how it is for ophthalmologists as well.

Peter J. McDonnell, MD: Well, that's true. We're very fortunate in ophthalmology, we're such a competitive field. This year, for my department for our 5 residency slots, we have 630 applications and they're all the brightest, smartest kids in their medical schools. It's amazing. And I think those of us who are ophthalmologists really enjoy our very intelligent and fun colleagues that we train with and work with and we all get together at least once a year hopefully, at the academy, to catch up and learn from each other. Exactly, as you said, there is the formal, I guess you'd say, didactic learning that occurs in the formal sessions and the poster sessions. But then there's the informal experiences we get from being able to talk about our ideas or what we're doing in our practices with our colleagues and see what they're doing in their practices that's working well.

One of the fun things I'll just mention, talking about inspiring this year, was a session the academy had on with its current president, Tamara Fountain, MD, and 4 other previous women presidents of the American Academy of Ophthalmology (AAO), and I think the increased prominence of women leaders at the academy has been a hallmark of the leadership of our CEO, David Parke II, MD, during his tenure at the ACademy and our current president, Fountain, is a graduate of my department so we, of course, know how brilliant she is but there's such a overall, such an impressive group of people and such an impressive group of leaders.

Forget women leaders, just leaders in general—they're just a great impressive group of people and I actually have had young people, women residents and medical students, who attended that session, tell me how inspiring it was to them to be able to hear from this group of women leaders of the Academy, and I think that really bodes well for our specialty. Our training programs now are about 50/50 male/female and I think seeing these great role models of women running the Academy is really a thing that's really going to inspire this young generation of ophthalmologists who become our future leaders.

Stevenson: That’s great. And I guess the other thing about this meeting is, obviously, it's at the end of the year but you're heading into the next year. So as we head into 2022, it really sets the stage for just a lot of different innovations and new ... paving the way forward through ophthalmology as we head into the year and begin anew. It's always a refreshing change or fresh start.

McDonnell: Yeah, that's for sure and my friends who track the venture capital world tell me that ophthalmology right now is one of the most popular areas in which venture capital people are investing their dollars because of what they see as the potential to develop a lot of exciting breakthrough new therapies. It looks like the future is going to be even brighter in terms of innovation and excitement. So those of us who are closer to the ends of our careers in ophthalmology rather than to the beginnings of our careers are probably jealous of the exciting future that our young trainees are going to have with all this great interest in supporting our research and development in the eye care industry. And so, yeah, I think you're absolutely right, this next year when we're all together in Chicago, it's going to probably be more exciting and it will just continue year after year.

Stevenson: Yeah, I was just going to say that next year, it's in Chicago and (I’m) hoping the pandemic will be in a different place next year by this time, and we can have it all in-person for gatherings, so that'll be really awesome.

McDonnell: You're right, it'll be great. Chicago's, historically, been a great venue for Academy meetings. It's more a steak restaurant than the Cajun food of New Orleans, but also excellent lot of great choices for where to dine after the educational sessions and it's a fun city to tour. If you've never taken the architectural boat tour in Chicago, you have to do that. Already looking forward to next year and to the next Academy meeting in Chicago.

Stevenson: Well, thank you so much. It's been great to kind of visit with you again and talk about the recap of this year'sAmerican Academy of Ophthalmology in New Orleans ,and definitely look forward to seeing everybody again in Chicago next year.

McDonnell: Absolutely, and I know all your listeners are all going to be studying their upcoming issues about Ophthalmology Times® to read in more detail about lots of the exciting presentations and new technologies that were presented this year. 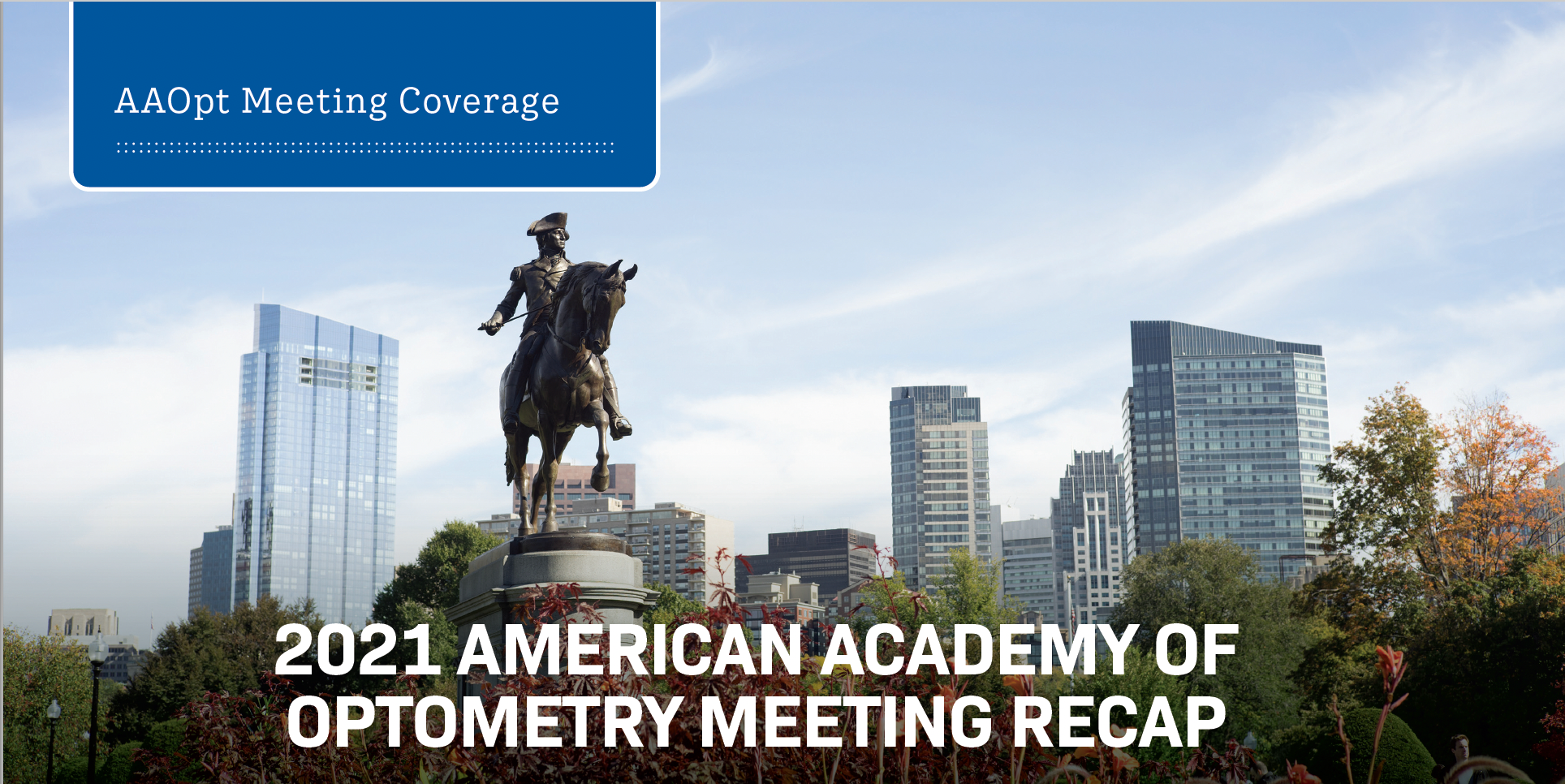