As technology leaps forward with medicine, it is prudent at times to appreciate how far we have come in managing and treating allergic eye disease. In fact, let us look back to the beginning in ancient Rome with the first recorded case of atopy. One of these authors, Suetonius, wrote with great detail in his biographical text De vita Caeserum about the distinctive lives of the first Roman emperors.

As technology leaps forward with medicine, it is prudent at times to appreciate how far we have come in managing and treating allergic eye disease. In fact, let us look back to the beginning in ancient Rome with the first recorded case of atopy. One of these authors, Suetonius, wrote with great detail in his biographical text De vita Caeserum about the distinctive lives of the first Roman emperors.

More allergy: How to identify and treat allergic eye disease

Subsequently, he recounts the lineage of Augustus through his great-great nephew Brittanicus who suffered from some form of atopic disease, including asthma, rhinitis, and allergic conjunctivitis due to seasonal “southern winds” to horse hair dander, respectively.1,2 These unique accounts connect antiquity to the modern world by sharing a common bond with the trials and tribulations of this disease state.

Palynology: Speeding to a landmark

The study of pollen or palynology can be traced back to 1640 with English botanist Nehemiah Grew, who predicted the relationship of these granules in the sexual reproduction of flowering plants.3 Fast forward to the late 1800s with the invention of the optical microscope, the principles of stratigraphy in reference to the fossil record allowed for a comparative between living and ancient spores.4

Further jumping ahead came a seminal moment in 1916 by the naturalist and geologist Lennart von Post. His lecture in Kristiania (now Oslo) would set the stage for our modern quantitative analysis of pollen as a “diagram”  for which opened the floodgates of research by legitimizing the link between spore morphology to climate change and the eventual causality of our understanding of allergy.5,6

Next: Birth of modern allergy

As an immunological concept, allergy did not even register in the field of medicine during the nineteenth century.7,8 The term was officially coined in 1906 by von Pirquet to bridge the gap in the literature regarding the harmful, yet protective processes of how antibodies exert their influence during an allergenic event.8

As vital dye staining methods were mastered, the chemotactic nature of eosinophils, mast cells, basophils, neutrophils, and macrophages were established and studied accordingly. Subsequent evidence mounted slowly over the years until 1966 when immunologists Teruko and Ishizaka discovered serum Æ´ globulin that has a fractional quantity erythema inducing Æ´ globulin (IgE).9,10

The IgE molecule holds great significance in the Type I hypersensitivity or immediate reaction. For the sake of brevity and simplification, the pathway demonstrates binding to and enabling of mast cells to degranulate in a two-step process of sensitization and activation.11-13 These mast cells respond in kind by signaling a release of pro-inflammatory mediators such as histamine (H1-H3, potentially H4) into the cellular bed and upregulating other leukocytic cell types due to increased vascular tissue permeability in the compromised tissue.12,13 Finally, in some forms of ocular allergy, notably vernal keratoconjunctivitis, there is an additional Type IV delayed hypersensitivity or cell-mediated response.

Next: The next logical step: Aldeyde trapping

The next logical step: Aldehyde trapping

At this moment, our treatment for ocular allergy is based heavily on a mast-cell stabilization and anti-histamine therapeutic model. With the advent of recent diagnostic testing such as Doctor’s Allergy Formula (Bausch + Lomb), a subclass of cases has been revealed that actually respond better to steroids rather than traditional therapy.14 Furthermore, most current drugs including Pazeo (olopatadine 0.7% Alcon), Lastacaft (alcaftadine 0.25%, Allergan), and Bepreve (bepostatine 1.5%, Bausch + Lomb) are aldehyde-derived molecules which share a twisting pedigree with imidazole. Digging deeper, this organic compound is an aromatic ring containing a sedative effect and antifungal properties but also scaffolds the amino acid histidine in the production of histamine by decarboxylation.15,16

More from Dr. Cooper: 3 tips to navigate the allergy discussion with kids

In varying ways, the current mechanism of action is driving aldehyde oxidation to achieve the desired product for both mast-cell and antihistamine stabilization of the ocular response. What if I proposed a process in which aldehyde production is reverse engineered and blocked as a preventive method to mitigate the inflammatory pathway leading to the allergy reaction?

The answer is potentially yes with the entrance of NS2 (Aldeyra Therapeutics), a first in-class experimental drug that degrades the aldehyde complex which decreases production of said molecule and by virtue inflammation and toxicity to the conjunctival substantia propia and epithelium.

By disrupting metabolism through an aldehyde trap rather than the conventional standard, pro-inflammatory compounds such as cytokines and NF-kB would either not be released and/or reduced to sustainable immunological levels. Inherently, this exciting hypothesis is being played out as we speak in a Phase IIA study environment with a platform crossing between topical treatments for allergy and nongranulomatous uveitis along with systemic autoimmune disease states.17

More allergy: How to improve diagnosis and treatment of allergy

To infinity and beyond

I am elated to report after much review of the literature that the allergy pipeline is quite replete with various innovative molecules similar to its dry eye contemporary. Although it might seem like an ambitious statement, the lessons learned from these forthcoming studies will lead to a quantum effect where our current bounds of knowledge will not be contained to a specific inflammatory disease state in reference to treatment and management. Consequently, history will be our best judge on how those steps are articulated for future generations of allergy sufferers and beyond.

Click here to check out our Ocular Allergy Resource Center

4. Traverse A, Sullivan, HJ. The Background, Origin, and Early History of the American Association of Stratigraphic Palynologists. Palynology. 1983(7):7-18.

9. Hirsch JG, BI Hirsch. “Paul Ehrlich and the Discovery of the Eosinophil.” The Eosinophil in Health and Disease. New York: Grune & Stratton, 1980. 3-23. Print. 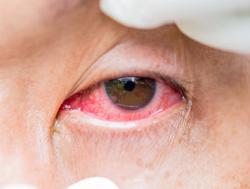