A funny thing happened at the office: Part 1

Lessons can be learned from each patient experience, even the strange ones. 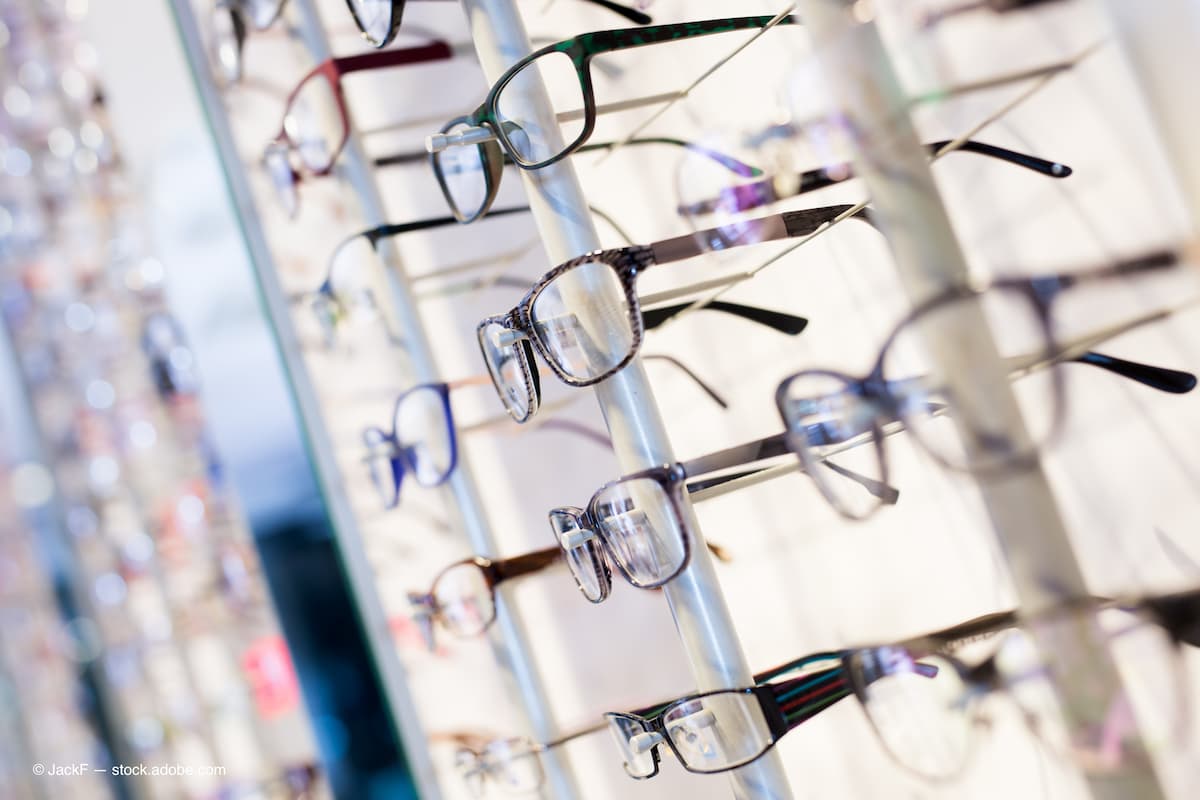 Who doesn’t love a funny anecdote or peculiar tale? We all have our strange stories from the exam room, but here are a couple of mine (and what I learned from them).

One of our offices is in a somewhat rural area, with a large, open concept optical area that is shared with our waiting area, both of which stay fairly busy, with lots of staff and patients rotating through on a consistent basis. One day our optical staff noticed we were missing some designer frames and sunglasses from inventory at the end of clinic. Our office manager took note and reported everything appropriately.

Several weeks later, it happened again. At this point, our office manager set up a security camera and began investigating. She noticed there was a patient who had been seen on both days in question, first for her annual diabetic exam and then for a follow-up visit. This patient was scheduled to be seen again in 2 weeks, so out of an abundance of caution, all staff were alerted and the security camera was confirmed to be in working order prior to this visit.

The patient saw the doctor and then spent an hour or so in our waiting area/optical while waiting for her ride home, but nothing suspicious was noted by the staff. However, frames went missing again! Security footage showed her browsing in the optical section, then seemingly noticing the camera and moving to an area that wasn’t in its full view. The police were called but they stated that even if the footage showed the woman putting merchandise in her purse, she would have to be found with it outside of the clinic for it to legally qualify as shoplifting.

At this point, no additional follow-ups were needed, so we put an alert in the patient’s chart and mailed her a certified letter stating we would unfortunately be unable to continue providing her eye care and asking her to let us know where to forward copies of her records.

Almost a year later, another episode of missing frames occurred. Our office manager had been out that day, but when she returned, she discovered the aforementioned patient had been scheduled by a new employee who missed the alert that was in her chart. Other staff hadn’t recognized the patient because she’d since cut her hair, lost a fair amount of weight, had a leg amputated due to brittle diabetes, and was now in a wheelchair.

The patient was diagnosed with an acute corneal condition requiring follow-up the next day, and was scheduled with me for the first time. Given my knowledge of the circumstances, I had one of our other doctors who wasn’t aware of the situation provide her care, while we contacted local authorities for help, this time providing the patient’s name. It turned out she had an outstanding warrant for theft elsewhere, so the police made plans to arrest her at the follow-up appointment.

Care was provided first and fortunately everything was healed, so no additional follow-ups were necessary. As soon as we gave the signal that the exam was finished, the police came in, and after questioning, her story went from vehement denial of theft to complete admission of guilt. Interestingly enough, she escaped prison time because the local women’s jail wasn’t prepared to handle a patient with advanced diabetes complications.

Lesson learned: We can’t abandon a patient in the middle of care, but sometimes it’s just best to go our separate ways once we’ve fulfilled our obligations. Doing so appropriately and communicating those decisions with staff is critical to favorable outcomes in these instances. Additionally, security measures are necessary now more than ever—especially for the optical—and relevant policies and procedures should be in place and frequently reviewed with staff. Unlike another situation in our office where an optician noticed a patient walking out with multiple frames and accosted them, it’s usually best for staff to contact the authorities and not take matters into their own hands, in order to prevent escalation of the situation.

A patient with AIDS was seen by a local colleague who was concerned there might be early cytomegalovirus retinitis. The patient was referred to our office for a second opinion, and examination revealed white without pressure in the retina, with no active inflammation. The patient was reassured that everything was OK, at which time he began angrily complaining that the other doctor had scared him into thinking that something was seriously wrong. He went on to say how much better of a doctor I was, and that he should have just come to us in the first place.

Although we all like to have our ego stroked, I’ve learned over the years to give other providers the benefit of the doubt. I shared that I could see what the other doctor was concerned about, praised them for discovering it, and although it did resemble a bad condition, it was fortunately benign and did not pose a threat to vision or overall health in this case.

We never know what an eye looked like on initial presentation, or what history was or was not disclosed by the patient when a colleague first examined them. Furthermore, patients often get confused and/or misremember what was communicated to them, so their story to the second doctor may not be accurate, not to mention the second doctor has the advantage of additional time passage and knowing what may have already been diagnosed and tried that did not work.

As a result, it’s usually best to be polite with the patient while protecting a colleague’s reputation whenever appropriate, no matter how tempting it may be. Remember, what goes around, comes around.

Lesson learned: As healthcare providers, we can’t live without patients for long, but sometimes they sure try our patience (especially when they misinterpret what we say). How many times have our patients completely misunderstood explanations and instructions we’ve given them over the years that we know of, much less all the other times we aren’t aware of? As a result, I’m inclined to give our colleagues the benefit of the doubt and tactfully try to protect their reputation.

What are some of your most memorable moments in clinic? I’m sure we could fill volumes of books with humorous and not-so-humorous anecdotes, but let’s not miss the opportunity to learn something from each one. When the time is right, share those “take-home messages” with others and maybe they’ll share some of their own with you.

Here’s hoping that when we encounter these “never dull moments” in clinic that we learn from them and handle them appropriately.