Patients stick with us, for better or for worse

One individual’s habit can be the demise of good health. 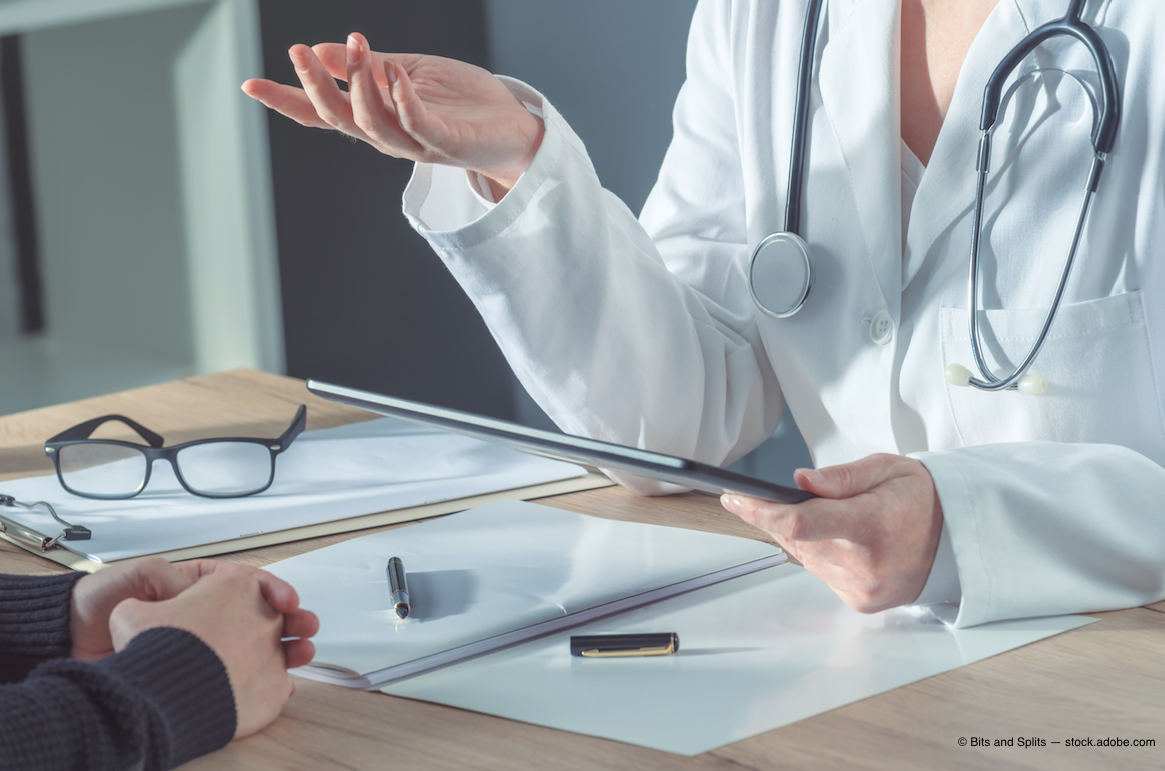 We all have those patients who stick out among others. When I check the patient schedule each morning, I look for familiar names. Either I know the patient personally outside of my clinical life, or they were remarkable in this clinic for some reason, positive or negative. With that said, one patient’s name sticks out to me every time he’s on the schedule.

The patient is a White male in his 70s whom I see periodically for suspected glaucoma. His intraocular pressure (IOP) readings have always been normal, and I suspect he has glaucoma based on the appearance of his optic nerves. An uncle on his paternal side had glaucoma but reportedly did not have any overt visual sequelae. 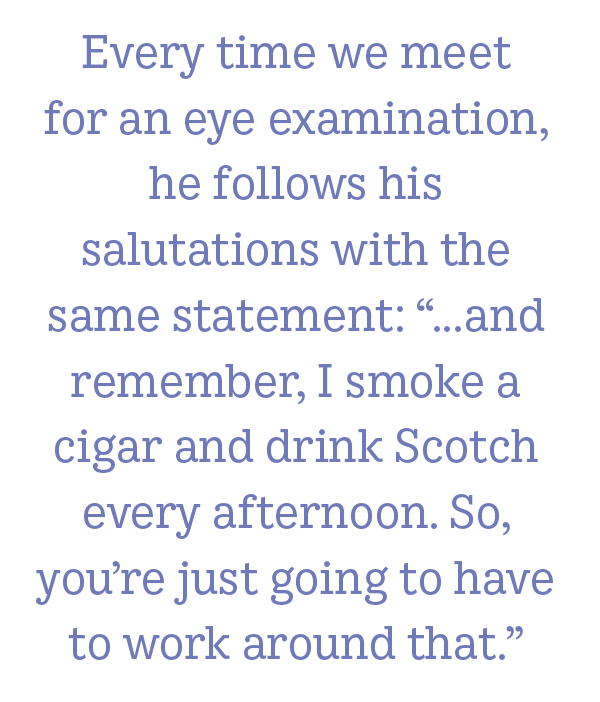 Every time we meet for an eye examination, he follows his salutations with the same statement: “…and remember, I smoke a cigar and drink Scotch every afternoon. So, you’re just going to have to work around that.” I laugh every time, and not out of pity for someone’s bad joke. I laugh because he means it not only to be funny but to be truthful. I always follow up with my usual spiel about how alcohol and tobacco slowly poison the body. He says something along the lines of “yeah, I know, I know.”

Our most recent interaction did, however, entice me to revisit the relationship between tobacco use—specifically smoking—and glaucoma. One could surmise that common sense would indicate that smoking is essentially harmful to every tissue in the human body; however, we need evidence-based studies.

One such study examining data in the so-called SUN cohort is a quick read and publicly available for consumption at your leisure.1 The authors of this prospective cohort study sought to assess any possible relationship between current smokers and the incidence of glaucoma, as well as assess any risk thereof with passive or former smokers.

Two aspects of this study worth noting are the size of the cohort studied and the length of time during which it was prospectively followed. Both lend credibility to the evidence grade of the study: 16,797 participants making up the final sample size were identified as not having glaucoma and were followed for a median period of 8.5 years. Data on several lifestyle aspects were obtained from the study population, including whether participants were current smokers, former smokers, or had never smoked. Other lifestyle aspects obtained included dietary habits, alcohol consumption, and exercise habits.

During the 8.5 years, 184 participants reported a new glaucoma diagnosis. There was a significantly higher risk of developing glaucoma during the timeline of the study among the cohort of current smokers. As the first sentence of this paragraph implies, the investigators relied on self-reported data by means of study questionnaires. This would seemingly downgrade the evidence profile of the study; however, the authors go on to explain that more than 50% of the study participants were “health professionals with a good medical knowledge” who were highly educated and highly motivated. The authors also explain that reports of a new glaucoma diagnosis were evaluated by an experienced ophthalmologist who was blinded from the questionnaire answers.

This study demonstrated the status of being a current smoker to be a significant risk factor for the development of glaucoma. Further, this relationship was found to be dose dependent. The authors iterated that larger studies were needed to confirm their findings; however, their evidence was compelling.

Back to my patient: The study focused on cigarettes; he smokes cigars. Therefore, I cannot soundly extrapolate the data of this study to his circumstance. I can say, however, that common sense would imply that he really isn’t doing anything to help himself, and I would be remiss not to make sure he was aware of that.