Why ODs should care about sugar

Fifty years of dietary guidelines have emphasized “low fat” and “low cholesterol” eating, so manufacturers obliged by creating foods with increasing sugar and wheat/gluten content while promoting exercise and widespread use of statins to lower cholesterol. Yet Americans have become overweight, obese, and typically less healthy at an alarming rate. The newest 2015-2020 U.S. dietary guidelines, eighth edition, are attempting to address this issue by limiting “added sugar.”1

Fifty years of dietary guidelines have emphasized “low fat” and “low cholesterol” eating, so manufacturers obliged by creating foods with increasing sugar and wheat/gluten content while promoting exercise and widespread use of statins to lower cholesterol. Yet Americans have become overweight, obese, and typically less healthy at an alarming rate. The newest 2015-2020 U.S. dietary guidelines, eighth edition, are attempting to address this issue by limiting “added sugar.”1

Why should optometrists care about the amount of sucrose, high-fructose corn syrup (HFCS), and the myriad of camouflaged, masked, and concealed simple carbohydrates in food? Because it matters far beyond our growing diabetes epidemic, and it matters far beyond even eye care. This was the two-hour topic of discussion at last year’s 2014 “Sugar, More Than Meets The Eye” Nutrition Special Interest Group Symposium sponsored by the American Academy of Optometry in Denver.

This symposium was anything but sugar coated. Dennis Ruskin, OD, FAAO; A Paul Chous, MA, OD, FAAO; Kimberly Reed, OD, FAAO; and myself addressed the human toll and root cause evaluation of the science of sugar with respect to diabetes/cardiovascular disease, Alzheimer’s disease, and cancer.

Dr. Ruskin, a Canadian opened with a frontal assault on the U.S. food industry and government regulatory agencies for not including “percent daily value” for sugar-like there is for fat and sodium-on “Nutrition Facts” food labels.2 (See Figure 1.)

Obesity doesn’t cause metabolic syndrome-obesity is a marker for metabolic syndrome, according to the work of University of California at San Francisco, pediatric endocrinologist Robert Lustig, MD. Dr. Lustig’s “Sugar: The Bitter Truth” lecture is a YouTube hit with approximately six million views.3

Dr. Kimberly Reed next talked about the damaging effect of sugar upon the “microbiome.” This is the three- to six-pound community of trillions of cells living along the gastrointestinal track, and considered our “second brain” source of neurotransmitters.

The microbiome also manufacturers B vitamins and protects us against the entry of foreign toxins. The microbiome-damaging influence of sugars includes fungal candida overgrowth that entraps an increasing percentage of the population. Insulin resistance in the brain also exists, may be reversible, and some diabetic medications such as metformin may be helpful.

So-called “Diabetes 3” is now recognized as a subcategory of Alzheimer’s disease (AD).5 According to a recent Mayo Clinic study, those on high carbohydrate diets quadruple their risk of mild AD.6

It was finally my chance to speak about sugar as a cancer promoter, cancer visualizer (PET scans), and old and new key to the “metabolic treatment” of cancer. I explored the relationship between diabetes/hyperglycemia and chronically aging eyes and bodies. Patients with diabetes, for example, have both a higher rate of eye disease (i.e. cortical /nuclear cataracts, glaucoma, diabetic retinopathy and ocular surface diseases), and cancer. 7,8,9 Cancer, advanced age-related macular degeneration (AMD), and diabetic retinopathy all share the common consequence of oxygen deprivation leading to the development of new blood vessels that feed cancerous tumors or destroy maculas.

I explored the work of the 1931 Nobel Laureate Otto Warburg who proved cancer cells prefer fermenting sugar for energy rather than oxygen. Tumors abound in insulin receptors. In fact, cancer cells shift to anaerobic glycolysis at a rate as much as 17 times higher than cells from normal tissues.10 Indeed, PET scans work because cancer cells soak up glucose faster than the rate of a normal cell.11

Johns Hopkins’ scientists have used the “tumor- sugar–loving Warburg effect” to introduce a sugar like Trojan horse molecule called 3-bromopyruvate (3-BP) that eradicated all cases of advanced cancers, ostensibly by depleting ATP in cancer cells while leaving normal cells unaffected. All this without toxicity and re-occurrence. This simple 3 BP molecule, that inhibits hexokinase, is 1/1000 the cost of conventional chemotherapy but remains unused presumably because the university is embroiled in a patent dispute with the discoverer. The physicians at the Society of Integrative Oncology can help further explore the 85-year-old revival of the Warburg effect, if you or a loved one has cancer.12,13 In the meantime, if your oncologist has a candy dish in the waiting room, I suggest that you run for the door.

More from Dr. Richer: Lutein and zeaxanthin: Beyond retinal health 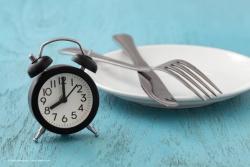