Dr. Dmitry Gutkovich has been named 2021 Member of the Year

AACO is pleased to announce the AACO 2021 Member of the Year, Dmitry Gutkovich, OD, MBA.

Dr. Gutkovich received his Doctor of Optometry degree from SUNY College of Optometry and his MBA in Healthcare Administration from CUNY Baruch College/Mt. Sinai School of Medicine. Dr. Gutkovich currently practices at Walmart Vision Center in Islandia, NY. He has also served as consultant for multiple ophthalmic companies and is a founding Board member of American Association of Corporate Optometrists, joining AACO when it was first formed in 2013. He has served on the board of directors, sponsorship committee, and chaired the newsletter committee.

The Member of the Year Award is the highest membership honor that can be bestowed upon an AACO member. It was designed to honor the member who has demonstrated exceptional and continued support of AACO and the greater corporate optometry community.

The 2021 AACO Awards Committee, chaired by AACO Past President Naheed Ahmad, OD, is responsible for the nomination, review and selection of the Member of the Year Award.

“Dr. Gutkovich exemplifies excellence in AACO volunteer leadership, as he has been a champion of AACO (formerly Energeyes) from the start. Over the past few years, he has continued to show his support of AACO and its members by participating in numerous programs, projects and events. He is truly a dedicated leader and very deserving of this award”, said Naheed Ahmad, OD.

“Working with such a talented volunteer leader as Dr. Gutkovich, has provided true inspiration on what may be accomplished by the AACO members. He is always an advocate of the association’s mission and a wonderful asset and example to all AACO members and corporate optometrists. I would like to thank him personally for being a visionary and a supportive mentor”, said Tiffany A. Jackson, CAE, Executive Director/CEO of AACO.

Past recipients of the Member of the Year award include Melonie Clemmons, OD (2018) and Larry Brown, OD (2019). 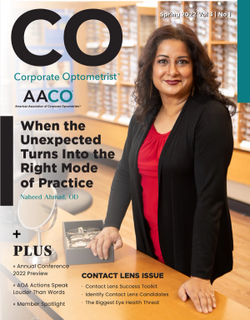 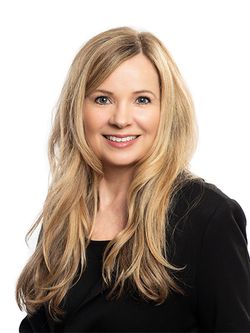