The company's technology allows for ECPs to detect, monitor, and treat AMD 3 years before clinical diagnosis.

This includes the original AdaptDx and the head-mounted AdaptDx Pro guided by Theia, both of which use the same priority technology to measure dark adaptation speed, according to a news release.

Impaired dark adaptation is the earliest biomarker of AMD, according to Julie Rodman, OD, MS, FAAO, a professor at NOVA Southeastern University.

“Often manifested as night vision problems, this functional impairment becomes apparent years before drusen are visible,” Rodman said in a news release. “In fact, many optometrists are now testing dark adaptation for every patient over age 50 as part of their standard of care.”

MacuLogix Co-founder and Chief Technology Officer Gregory R. Jackson, PhD, FAAO, said that over the past several years, the standard of care in AMD has risen due to primary eye care’s more diligent approach to preventing avoidable vision loss.

“Each of these 1 million tests is symbolic of a swift and sizable shift toward a new normal in AMD management,” he said, in a statement. 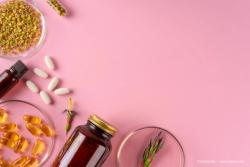